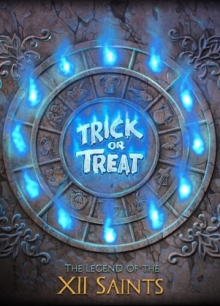 The Legend of XII Saints

30 April 2020
The great comic stories we read are often divided into multiple parts, narrative arches or sagas that mark the continuation of the events. This makes the narrative more comprehensible, especially if it concerns series composed of dozens and dozens of volumes, and sometimes creates real iconic sagas, almost more famous than the entire series itself, which remain etched over the years. The desperate race to the 12 Zodiac Temples that Seiya and companions face against the Gold Saints, in the manga/anime of Saint Seiya by Masami Kurumada, is certainly one of the points of maximum epic and creativity that can be remembered in the last 35 years.
The Knights of the Zodiac is actually one of the most successful and loved stories for several generations, just think of the recent remake wanted by Netflix, which has brought a countless series of sequels or spin-offs both in paper and animated. The soundtrack of the late Seiji Yokohama was a further magnificent musical work in outline of the animated version with music that have been reused over the years also for the following series thanks to their contemporaneity due to the pioneering choices of Yokohama to use electric and classic instruments together.
Several years later, unexpectedly from Italy and more precisely from Trick Or Threat, a power metal group from Modena that in the last decade has distinguished itself, not only nationwide, for skill and originality, a new musical proposal ready to awaken once again the cosm... sorry, the epic and bewitching spirit of the run at the 12 Zodiac Temple.
Certainly, many fans of the metal scene and those who followed the pages of HinaWorld will remember how Trick Or Treat made themselves known two years ago for a small spin-off masterpiece of their magnificent musical production. I'm talking about Re-Animated an album on which the 5 Modenese musicians proposed a cd financed through crowdfunding with 16 tracks of Italian cartoons themes reworked in metal version with the participation of special guests. So in December 2018 they comes back with a new proposal always made through crowdfunding: The Legend of The XII Saints.
This time the ToT have decided to present an ambitious as well as original work, a disc of unpublished songs dedicated to the 12 Gold Saints to be released every month for a whole year until the official CD release on 24 April 2020. The part related to crowdfunding and merchandise was also enriched by the illustrations of the 12 knights made by Alessandro Conti, frontman and voice of the band who is also a very good designer and in addition some goodies like guitar picks dedicated to the Gold Saints and other merchandise.
From the musical point of view, the album features the 12 songs dedicated to the Gold Saints who take the title from their special moves in the original version (Aries Stardust Revolution, Taurus Great Horn, etc.) plus 4 other bonus tracks. The album style is the characteristic power metal of Trick Or Treat always very contaminated by different styles and influences together some elements that can sometimes remember the bgm of the 80's video games, another great passion of the guys of the band that emerges in the composition of the songs. Each song is structured and designed to reflect the character and figure of each Gold Saint and also reconstructs in the musical moments the dynamics of the events that occurred during the saga of the 12 zodiac temple that those who followed it, especially in the television series, will succeed to find in the more or less veiled citations present in some passages.
For those who appreciate like me the metal music is therefore a unique opportunity to be able to put together the passion for Saint Seiya saga with my favorite genre and undoubtedly, at the musical level, a product of the highest level, certainly one of the best on the european scene which will be proposed during this year.
All News