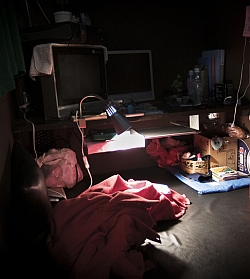 27 June 2018
In recent decades the economic crises that have occurred in almost all the countries of the world have brought important consequences on the population. Even Japan, despite being the third world economic power, has experienced several periods of instability that have led to an increase in public debt and an impact on companies and consequently on workers.
Even today the effects of the bursting of the Japanese Asset Price Bubble in 1991 are felt over the years and have caused a progressive change of work contracts which changes from lifetime to part-time or even unreported employment (with last estimates that stand beyond 35% of workers). The dream of a permanent place for life was faded even in Japan, which is dealing with the reality of work that now affects every part of the world creating even more extreme phenomena such karoshi known as “death for overwork”.
The Japanese unemployed, from which students and housewives are excluded, comes from different situations that led them to leave the society and then no longer able to reintegrate: employees fired by the bosses (cause of dishonor for a Japanese), marriages failed, precarious. Most of them are elderly or middle-aged men who find themselves facing major financial hardships.
In japanese metropolitan cities there’s neighborhoods called doya-gai (a pun that consists in inverting the syllables of the word "yado" which means "accommodation") where there are dorms and minimal accommodations at very low prices or parks and areas where homeless people can get organized to sleep outdoors or in improvised tents. In these districts it is not necessary to present guarantees for housing or having to follow some bureaucratic procedures, there are also places where it is possible proposing for some works.
In fact many unemployed people go ahead or offer themselves for manual work or with the trash collection and reselling. There are those who collect aluminum cans or those who retrieve abandoned objects such as electronic material (cell phones, etc.) or even newspapers and manga left on trains and then resold them in underground stations.
But the increase in part-time or unreported workers has also brought a category of people who are not purely unemployed but struggle to get to the end of the month for low earns. In the recent news we see for example the denunciation of the bad conditions for those working in the animation (assistants, designers, illustrators) or as Aya Hirano, Haruhi Suzumiya, who was used to eat handkerchiefs before becoming famous because she did not have enough money to fill his stomach.
For those who do not want to be reduced to live in the doya-gai there are few economic solutions, such capsule hotels, since not having a permanent contract make impossible to meet rent, even if low. In Japan, if it is not possible to submit a regular employment contract it’s necessary to pay in order to rent an apartment, a deposit to the real estate broker of almost 1 million yen (about 7000 euro).
But recently the Internet Cafés and Manga Cafés have become an important resource. Being in fact open 24 hours a day and providing services such as free drinks and showers, are certainly more economically helpful than other solutions. So from here derives the term cyber-homeless that indicates those who live by renting the rooms of Internet Cafés using them as temporary homes when they do not work. The cost of these rooms is around 2000 yen (18 euros) per night unlike the capsule hotels where it exceeds 2500 and can reach up to 4000. It is not possible to pre-book the room but can be accessed only when you present yourself and after midnight they usually fill up with those looking for a shelter to sleep.
The cyber-homeless are not always great fans of technology or manga and anime but use those facilities for survival, then turning it into a real lifestyle.
All News